Chevrolet Sonic replaced the Aveo in 2012. It's the first subcompact built in the U.S. With its "fearsome" look and an available turbocharged engine, the Sonic adds excitement to the subcompact category. Top safety ratings and agile handling are also high points.

Chevrolet Sonic Interior.
Chevrolet Sonic is a global car based on the GM Gamma II subcompact platform. It's sold in the US, Canada, Mexico, Brazil China, Russia, Thailand and other countries.

Surprisingly for a compact car, the Sonic's list of available features includes heated seats, remote starter, satellite radio and Bluetooth hands-free phone and audio connectivity. Is the Sonic reliable? What should used car buyers be aware of? We've done our research - starting with the lineup:

Lineup: The Sonic is available as a 5-door hatchback or 4-door sedan.

2012 Chevrolet Sonic.
The U.S. lineup consists of the base LS, popular LT and loaded LTZ trim levels. For the 2017, the Premier replaced the LTZ.

Engines: Two Ecotec engines are available: the 138-hp 1.8L and the 138-hp 1.4L-turbo. These are the same engines as in the Chevrolet Cruze. The 1.8L is a solid motor but at higher mileage it will need some minor repairs here and there (leaks, intake issues, etc.), read more below.

The 1.4L is a bit more sensitive to overheating and other issues. Some of the problems may lead to excessive oil consumption; which means check the oil level regularly.
Read also: Pros and cons of buying a car with a Turbocharger. Timing belt or timing chain: The 1.8L engine has a timing belt. According to the owner's manual for 2012 US Chevrolet Sonic, the timing belt in a 1.8L engine must be changed at 97,500 miles (156,000 km). Some owners change the timing belt earlier as a precaution. The 1.4L turbo engine uses a timing chain to drive the camshafts. The timing chain only needs to be changed if there is some issue with it.

Chevrolet Sonic 1.8L Ecotec engine.
The Sonic has MacPherson struts in the front and a torsion-beam axle in the rear suspension; the steering is electrically powered.

Handling and ride: On the road, the Sonic is fun to drive. The ride is surprisingly quiet, although you will hear the engine on acceleration. The car handles very well for its size. According to Motor Trend, the 1.4L turbo Sonic with a six-speed manual transmission races from 0 to 60 mph in just 8.1 seconds.

Fuel Economy: The EPA rates the 2012 Sonic with the 1.4L-turbo engine and an auto transmission at 27/36 mpg city/highway. The 2012 1.8L Sonic with an automatic transmission is rated at 24/34 mpg. To help you save on gas, the Sonic's Driver Information Center displays the average fuel economy.

Chevrolet Sonic 5-door, rear seat folded down.
In the NHTSA crash tests, all 2012-2017 Sonic 5- and 4-door models scored five out of five stars overall rating, with 5 stars in the frontal and 5 stars in the side-impact crash tests. The Sonic also received a Top Safety Pick award from the Insurance Institute for Highway Safety (IIHS).

Problems: Oil and coolant leaks, as well as Check Engine light issues, are not uncommon. A failed PCV diaphragm in the valve cover or a missing intake manifold check valve can cause Check Engine light with codes P0171, P0106, excessive oil consumption, rough idle and other issues in the 1.4L turbo engine. The 1.8L also has problems with the PCV system. Check this thread at Cruzetalk.com for more details (the Cruze and the Sonic share the same engines).
The code P1101 in the 1.4L turbo engine could be caused by a faulty PCV pipe.
A faulty oil pressure switch may leak oil and cause the oil light to come on.
The water pump failures are mentioned by several owners.
Advertisement
The GM service bulletin 14371A describes the issue with a leaking water pump in the 2012-2014 Sonic with a 1.4L engine. According to the bulletin, the coverage for the leaking water pump has been extended to 10 years or 150,000 miles; the solution is to replace the water pump.
plastic water outlet have also been reported. The part is not very expensive and takes about an hour to replace.
Suspension problems are frequent too, including bad sway bar links and struts.
Overall, the 1.8L Ecotec seems less troublesome, while the 1.4L turbo requires more frequent attention and maintenance.

As of October 2019, Consumer Reports rates only the 2014 Sonic 'better than average' for reliability; the 2012 and 2013 models are rated poorly. The 2012 Sonic got the lowest scores. Among similar cars, we would recommend Toyota Yaris or Honda Fit. If you have Chevy Sonic, keep all the fluids and engine oil topped up. If you notice that the engine consumes oil, look into the repair options before the lack of oil causes more problems.

Interior: In line with other GM models, the Sonic has a dual-cockpit dashboard with matching front door panels. The small motorcycle-inspired instrument cluster looks original. There are two convenient pockets on both sides of the center console. The storage above the glove box will hold your phone as it hosts the second auxiliary input jack and an available USB port.
The Sonic's steering wheel tilts and telescopes. The front seats offer plenty of head- and legroom. The rear headroom is OK in the hatchback, but the legroom is tight. The rear seats fold down for extra cargo space. There is also a large cargo compartment under the cargo floor.

Read also:
Why "Check Engine" light comes on?
Serpentine belt: When to replace 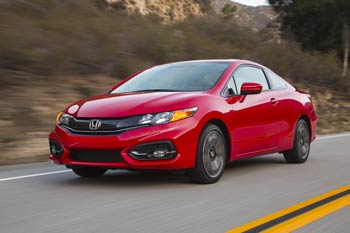