1. Buying a used car that is known for expensive problems

Often, when working on another "trouble" car, mechanics ask each other: Why do people keep buying these things? The information is widely available! Some cars are known for common expensive problems and should be avoided like a plague.

To give you an example, the 2013 model year was an especially bad year for the CVT transmission in some Nissan models. As a result, some Nissan owners got stuck with a broken vehicle that costs more to repair than it's worth.

All cars have problems; things like struts and wheel bearings go bad in all cars. The cars you need to avoid are the ones that are known for expensive problems, such as transmission or engine failures. Check CarComplaints.com and Consumer Reports for common problem areas. Read the owner's reviews and forums.

Some cars depreciate fast, others hold their value longer. You don't want to pay $18,000 for a car that will be worth only $5,000 in 3 years. How can you check if the vehicle you selected will hold its value?

Check the current retail price and trade-in value for the same model but 3-4 years older. Check out KBB.com for this research. Avoid cars that lose on average more than $3,000 a year in their value. Remember, there is a good reason why they lose their value so quickly.

3. Buying cars with high-end features that will be expensive to repair

We buy used cars to save money and it makes no sense to spend too much. One common example is when people pay top dollar for high-end models when similar base-level cars are available for a much lower price.

Features like Cylinder Deactivation, Power Sliding Doors, Power Liftgate, Panoramic Sunroof and alike not only make cars more expensive, but significantly increase the risk of $$$ repairs in the future. Replacing 20-inch tires in a high-end SUV trim level will cost you much more than changing 17-inch tires in the base model of the same vehicle.

The more complex features, the more that can go wrong. Cars and trucks with a turbocharger will cost more to keep on the road as they get older compared to non-turbo vehicles. You will save more money in the long run if you get a simple car.

4. Focusing on monthly payments and not on the total price

The total price is much more important. We spoke to many people who knew what their payments were but didn't even know the total price they will have to pay.

If your monthly payment is $420 over an 8-year period, it's 420 x 96 months = $40,320 that you will still have to make. There are so many cars that you can buy for less than $10,000 that will last you for 8 years with good care. You can invest the money that you will save. You can use them to start your own business or get a degree that will help you advance your career. What will give you a better return in a long run?

5. Going to the dealer without knowing your budget or what car you want

Here is one recent example. A young person working for a minimum wage needs a car and goes to the dealership. The dealer asks how much do you want your monthly payments to be?

The person says I don't know, as little as possible. The dealer shows him a few cars and says don't worry, we can approve you for financing if it's a bit more expensive. The dealer sells him a 7-year old car for $18,000.

In one year, the person loses his job and the car gets repossessed. Not only now does he still owe money on the car loan, but he is without a car. He ended up buying a cheap 18-year old "beater" car from a relative.

If you just want a cool car to post on Instagram, rent one for a weekend; it will be much cheaper. Another option is to buy a 'boring' cheaper reliable car, and add some fancy mods to make it look cool.

6. Not allowing enough time for shopping around

It takes time to find a good used car. Often, people spend several weekends shopping around and test driving different cars to find one that fits the criteria. Car dealers typically want to create urgency to close the deal on the same day so you won't have enough time to reflect or weigh in the pros and cons.

You will be in a much better position if you allow yourself more time for shopping, do some research and test drive several cars before making the final decision. It's a lot easier to evaluate the vehicle's condition if you test drove a few similar cars to compare.

It's also much easier to negotiate if you have found 2-3 vehicles that you like. If the dealer knows that they are competing for your business with other dealers, they will be more willing to give you a better deal.

7. Not walking out if the dealer uses high-pressure sales tactics

We have heard so many times when people say dealers pressured them into buying some extra they didn't want. "We cannot sell you this car without this * warranty" or "It's our policy to charge you this * fee" or "You have to give as a non-refundable deposit before we let you test drive."

If you don't like something, leave. Take your business somewhere else, there are thousands and thousands of cars available. Don't sign anything under pressure or anything that you don't understand.

If you don't like the pressure at the dealership, negotiate through e-mails. This way you will have everything in writing. Many people only visit the dealership for a test drive and to pick up the car, arranging all the details of the deal via emails.

8. Buying a used car online or without test-driving it

Here are a couple more of real-life examples. This one was sent to us by one of our readers: they bought a used Honda Accord from eBay. The description said that the Check Engine light was on, but they didn't know what exactly was wrong with it.

Once they got the car shipped to them and had it diagnosed, it ended up needing a new engine because the compression was low in one of the cylinders.

In another case, a person bought a used car online from a dealer without even seeing the car. It was delivered to their home. The car broke down the next day. The dealer says the warranty company should pay for the repairs. The warranty company says it was 'pre-existing' condition and the dealer should pay. The person who bought the car ended up being caught in the middle.

Ideally, you want to test drive a car when shopping and then test drive it again a little longer before signing the contract. It would be great if you are able to start the car when it's cold. There are so many hidden problems that can be exposed when the vehicle is started cold.

9. Ignoring cars with a manual transmission

Cars with a manual transmission are often much cheaper. Not only that, they are fun to drive! If you want to learn how to drive the stick, there are driving instructors who specialize in that. Driving a manual is like riding a bike. Once you learn it, you will always remember it.

Yes, if your daily commute includes stop and go traffic and frequent stops, driving a manual is a bit of a hassle. A car with a stick is better suited for long highway commutes and sporty diving.

Unless it's a highly sough after vehicle, a car with a manual is also less likely to get stolen. Many modern cars are known for automatic transmission problems. A manual transmission is simpler and less troublesome. The only thing that will need to be replaced at some point is the clutch. If you know how to drive it to minimize the clutch wear, a clutch can last for 200K miles.

10. Not having the car properly inspected

While the used car market offers plenty of great cars and trucks, some vehicles are sold with hidden problems. The car may look clean, drive well and have clean history records. However, if the mechanic that you trust test drives the vehicle and checks it thoroughly, he or she may find a solid reason to avoid this car. Here are a couple of examples:

Often, cars that come from the Salt Belt look clean on the outside, but the mechanic can check the car from underneath and find the extensive rust damage of the frame/body and other underneath components such as brake lines, fuel lines and crossmembers.

Some modern cars have problems with blown head gaskets. In the beginning, the vehicle may show no signs. Later, however, the engine may overheat and require a very expensive repair. An experienced mechanic may be able to catch early signs of a bad head gasket by checking the engine for leaks, testing the coolant for presence of combustion gases or checking the oil for presence of coolant. 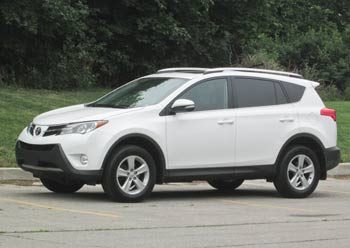