Honda MAP sensor.
The MAP sensor measures the absolute pressure inside the engine intake manifold which is directly related to the engine load. The accompanied symptoms for a MAP sensor fault could include lack of power, rough idle, as well as too high or too low idle speed.

A GM TSB describes a problem with some 2006-2009 GM trucks where the condensation may freeze inside the MAP sensor in cold weather causing the code P0106. The TSB recommends modifying a MAP sensor. In some Chevy Cruze, Trax, Sonic and Buick Encore with a 1.4L-turbo engine, a failed diaphragm or a missing check valve in the intake manifold can cause the code P0106 along with other codes. The solution is to replace the valve cover and the intake manifold.

Ford TSB 15-0178 describes a problem with the wiring in a number of 2012-2014 Ford and Lincoln models with the 2.0L GTDI (turbo) engine. The problem can cause various driveability issues as well as the code P0106, P0236 and P0128. The bulletin advises to repair the signal return splice.

How the MAP/BARO sensor works:

MAP sensor.
In most cars, the MAP or BARO sensor is a 3-wire sensor connected to the PCM (engine computer). One wire receives the +5 Volts reference voltage from the PCM, another wire is connected to the ground. The third wire is a signal wire. The MAP sensor signal voltage changes between about 1 Volt and 4.9 Volts depending on the pressure.

The barometric pressure sensor (BARO) measures the atmospheric pressure that varies with altitude. The engine computer (ECM) uses the signal from the MAP/BARO sensor to adjust the amount of fuel injected into the engine. In some cars the ECM could use the signal from the MAP sensor to check the operation of the EGR system, as well as to check rationality of other sensors.
If there are other trouble codes present along with the P0106, they should be looked at first, as the code P0106 could be set due to other faults.

How to check the MAP sensor:
With the ignition ON, check the +5 Volts reference voltage with the voltmeter and the ground at the sensor. Next, check the signal voltage and see what it reads with the ignition key ON, engine OFF (KOEO) and if it changes when the engine is started. If you have a scan tool, select Data Monitor mode and check the MAP sensor reading with ignition ON, engine OFF. The MAP reading should be close to that of BARO sensor, as with the engine OFF, the pressure inside the intake manifold is equal to the atmospheric pressure.

How to check the MAP sensor:

MAP sensor readings with engine OFF.
Using a voltmeter, check the +5 Volts reference voltage and the ground at the sensor. Next, apply the vacuum and see if the reading changes. With a scan tool, check the sensor reading with the ignition on, engine off (KOEO). The reading should be close to barometric pressure, see the photo. Start the engine and check the reading again. At idle it should be around 15-20 inches Hg

A: In Mazda Protege, the code P0106 means EGR Boost Sensor Circuit Malfunction. It's still the same three-wire sensor that can be checked as mentioned above. In Mazda, the EGR Boost Sensor is connected through the EGR boost sensor solenoid that also could be defective. Another common issue is the vacuum lines could be plugged with carbon. The EGR valve itself could be inoperative or plugged with carbon.

A: The code P0106 is for the MAP sensor, which is mounted on the intake manifold. See if the vacuum line to the sensor is not broken and check the voltage at the sensor. The sensor itself could go bad; it's not uncommon. 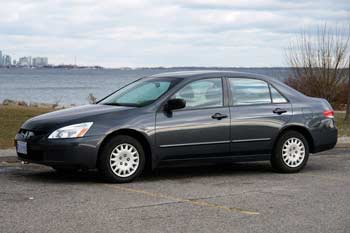 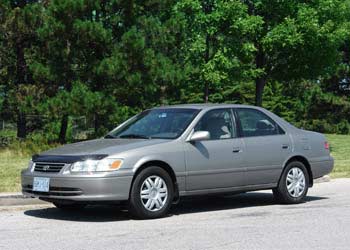